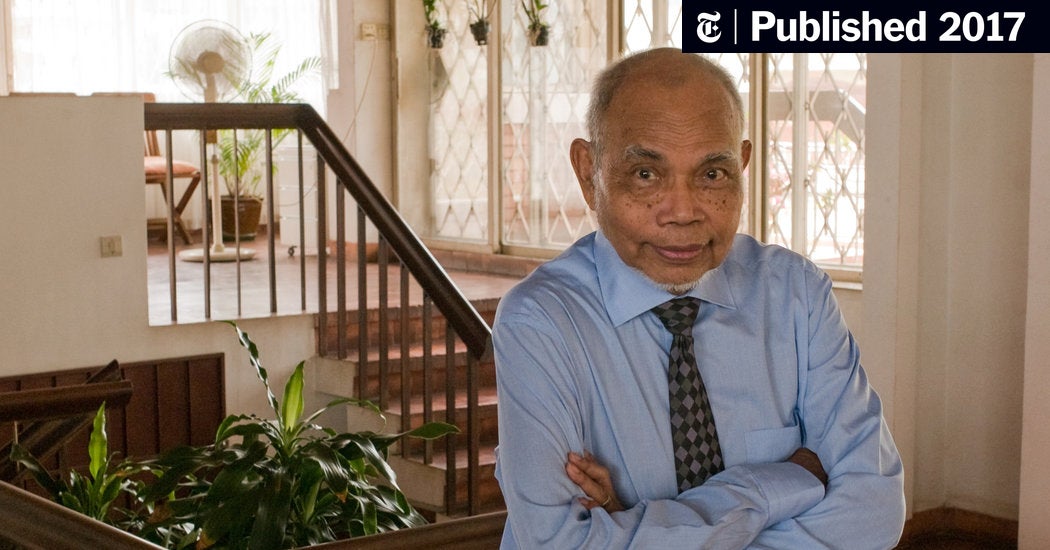 He was inspired by the advanced hydraulics and wide causeways of ancient Khmer city-states, and he borrowed many architectural motifs from the walls and roofs of temples. He tore down the wooden stilts and thatched roofs of traditional Cambodian houses and gave them new life in the form of concrete.

“I realized that there was no need to invent anything,” Mr. Vann Molyvann told an interviewer in 2003 after the release of his book “Modern Khmer Cities”. “The Khmers had been the best farmers, and the prek and boeng system, or canals and ponds, is really the irrigation system that we need to perfect and continue to use.”

One building, a brewery near the coast, was inspired by the shape of a traditional Khmer transport pole. Another, the Institute of Foreign Languages ​​in Phnom Penh, combines a fan tower and reflecting pools that mirror the canals of Angkor.

Its National Sports Complex, completed in 1964, was recently added to the World Monument Fund’s Structures in Danger watch list. The organization called the building “one of the most important examples of regional modernism at the end of the 20th century”.

In 2008, its much appreciated Bassac Theater and Council of Ministers both buildings were demolished. He was also left out of town planning and saw both Phnom Penh and the resort town of Siem Reap, which he had helped develop, become a tangle of streets lined with hastily erected concrete buildings and towers. of condominiums in blocks.

“It is difficult to sit still and witness the destruction of my children,” Vann Molyvann said in 2013.

Christopher Rompré, the director of the 2016 documentary ‘The Man Who Built Cambodia’, which was narrated by actor Matt Dillon, said the Mr. Vann Molyvann star has seen a resurgence in recent years.

“Especially among the young,” said Mr. Rompré, “he holds this revered status of being one of the few people who is almost universally considered to have integrity and dedicated to the advancement of Khmer culture.”