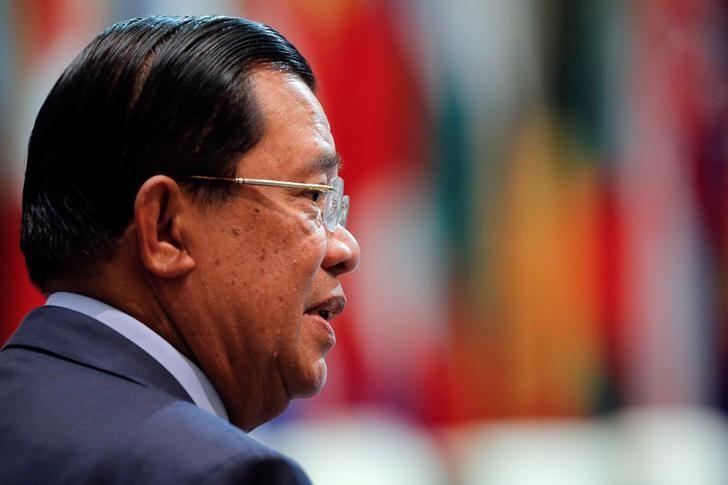 The military investigation centers on a man who announced his intention to overthrow Hun Sen in Facebook and YouTube videos and called on others to join his cause, the ministry spokesperson said. Defense, Chhum Suchat.

“Authorities are investigating and looking for him,” Chhum Suchat told Reuters. He identified the man as Vichea Som but declined to give further details.

News of the plot comes a day after a senior US human rights official urged Cambodia’s political rivals to resume negotiations amid a “deteriorating situation”.

In the video, the man identified by the ministry as Vichea Som is dressed in a suit and tie with a camouflage background visible in the footage.

He did not identify himself but accused Hun Sen’s government and his ruling Cambodian People’s Party of being behind massive land grabs in one of Southeast Asia’s poorest countries. East. He also accused the government of high-profile killings and human rights violations.

“In the near future, please, all forces must be ready against the dictatorial regime,” the man said.

He did not specifically call for a coup or threaten to stage a coup in the music video.

It was not known where he was speaking from, but he said he was from a “unit” based in southwestern Cambodia.

Hun Sen has ruled with an iron fist for over 30 years, beating any challenge to his authority, but he faces a young electorate who seems increasingly hungry for change.

In recent months, tension has grown between Hun Sen and an opposition hoping to challenge his hold in next year’s local elections and general elections in 2018.

Several opposition members and activists have been jailed in what they say is a government crackdown aimed at silencing critics ahead of the election.

On July 10, Kem Ley, a prominent activist and frequent critic of Hun Sen, was assassinated in the capital Phnom Penh.

A suspect was arrested and police said they believed Kem Ley had been killed because of debt. Activists believe his murder was political.

The United States has called for a credible investigation. The European Union and the United Nations have expressed concern over political tensions.