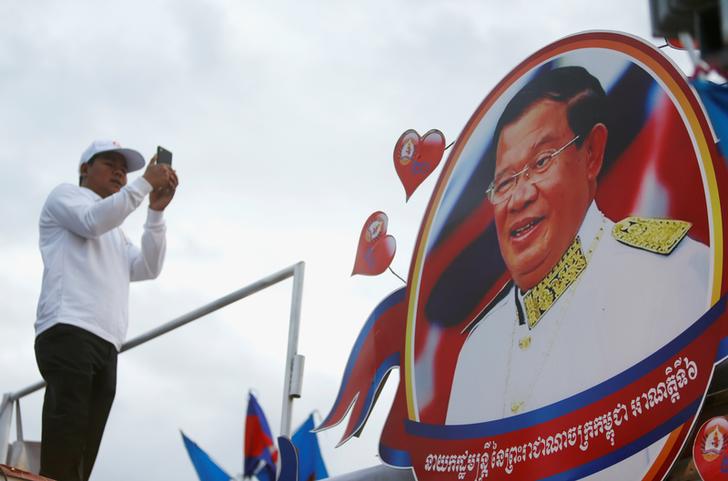 Senior members of the security forces have supported Prime Minister Hun Sen and the CPP at numerous public rallies and other events across Cambodia. Article 9 of the Law on the General Status of Military Personnel of the Royal Cambodian Armed Forces (ARC) states that “military personnel shall be neutral in their duties and professional activities, and the use of duties / titles and military equipment. the state for political purposes activities are prohibited.

“To win a bogus election, it is not enough for the ruling CPP to ban the opposition, control all electoral institutions and maintain a grip on the media,” said Brad Adams, director of Asia. “Apparently the CPP thinks it must also deploy some of the country’s most feared generals to campaign and intimidate people into going to the polls.

According to local media, since the start of the official campaign period on July 7, General Sao Sokha, acting supreme commander of the Cambodian army, has campaigned for the CPP, participants told participants on July 8 in a pagoda. Buddhist of Kandal Province that “under the wise leadership of Samdech Techo Hun Sen, Prime Minister of Cambodia, our country has developed all over the country, including roads, bridges, canals, schools, hospitals , etc.

Human Rights Watch received reports of numerous other senior security officials campaigning for Hun Sen and the CPP before the official campaign period began on July 7, in violation of Cambodian law:

The CPP’s slate of candidates for election seats includes senior military, gendarmes and police officers on active duty who have helped maintain Hun Sen’s reign since he became Prime Minister in 1985. These are in particular of Pol Saroeun, Meas Sophea and Kun Kim, as well as Lieutenant-General Dy Vichea, deputy chief of the national police force and son-in-law of Hun Sen.

Guidelines promulgated in 2016 by the Venice Commission and the OSCE Office for Democratic Institutions and Human Rights state that “the non-involvement of judges, prosecutors, the police, the military and of political contestants’ listeners in their official capacity in the election campaign is of essential importance. . Concrete measures should guarantee this official neutrality throughout the electoral process.

“Basic democratic principles require the political neutrality of the military and police for elections to be free, fair and credible,” Adams said. “But nothing in this election is democratic, so it’s no surprise that the CPP uses senior commanders as ruling party activists. Foreign governments that have poured billions of dollars into Cambodia over the past decades to promote democracy should protest this blatant abuse of the electoral process.